Quezon City, 19 July 2021 - The League of Cities of the Philippines (LCP), led by Bacolod City Mayor Evelio Leonardia as national president, has created the Committee on Devolution during its virtual Special General Assembly Friday [July 16].

Quezon City, 15 July 2021 - LCP President and Bacolod City Mayor Bing Leonardia will preside over the general assembly of the League of Cities of the Philippines (LCP) on 16 July 2021 to discuss strategies to implement the Devolution Transition Plans (DTPs) of national government agencies (NGAs).

Quezon City, 28 June 2021 - League of Cities of the Philippines National President and Bacolod City Mayor Bing Leonardia will be the lone representative of all city mayors at the Virtual 4th Asia Leadership Forum with the theme "From Principle to Practice: The Pandemic Leadership Essentials" on July 1, 2021 from 2:00 to 7:00 PM.

Quezon City, 15 June 2021 - Congratulations to the cities of Butuan and Manila for making it to the Top 50 Champion Cities of the Global Mayors Challenge sponsored by Bloomberg Philanthropies!

Quezon City, 14 June 2021 - A presentation of Valenzuela City's public education programs was met with praise by public school and local government officials from the cities of Iriga, Roxas, and Legazpi at a learning consultation entitled "Engaging the Community to Improve the Quality of Education." 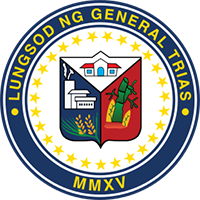