The League cordially invites its city mayors to take part in its 30th anniversary celebration at the 66th LCP General Assembly on July 27, 2018, Friday, in Metro Manila. The event shall be the first time the League celebrates its anniversary and will incorporate three major activities:

1. LCP Partners Forum – A matching platform for city mayors to directly network with key development partners and cooperation agencies for potential projects and partnerships
2. LCP General Assembly – A brief afternoon session that will invite select development organizations, corporate partners, and national government agencies to showcase timely initiatives and policy issues involving local government units
3. LCP Anniversary Dinner – A night that pays tribute to the past leaders of the League and the partners it has collaborated with. The League will invite President Duterte who is slated to deliver the Keynote Address, as well as heads of national government agencies and development organizations.

In this regard, please confirm your attendance to the event by accomplishing the attached confirmation slip and returning it through email at league.cities.philippines@gmail.com or fax at (02) 470 7210 on or before June 27, 2018, Wednesday. Secretariat staff will update its members on the hotel venue and the final program in a separate advisory. For inquiries, you may contact the LCP Secretariat at (02) 470 6837, 0915 750 0713, or at 0939 771 4677 and look for Ms. Fely Deogracias, Ms. Joy Payumo, or Mr. Ray Paduano.

Thank you and we look forward to your confirmation.

N.B. This invitation supersedes the date of the event mentioned at the 64th National Executive Board Meeting, which was originally July 26, 2018. 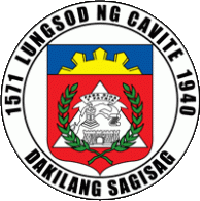