The Bureau of Soils and Management (BSWM), the United Nations Convention to Combat Disertification (UNCCD) national focal agency, is please to invite you to join us in the celebration of the World Day to Combat Desertification and Land Degradation to be held on June 15, 2017 at the BSWM Convention Hall.

The World Day to Combat Desertification (WDCD) is observed every year to promote public awareness of international efforts to combat desertification.  The day is a unique moment to remind everyone that land degradation neutrality (LDN) is achievable through problem solving, strong community involvement and co-operation at all levels.

To promote public awareness of land degradation and to draw attention to the implementation of the UNCCD in countries experiencing serious drought and/or desertification, particularly in Africa, the United Nations General Assembly declared 17 June to be "World Day to Combat Desertification and Drought" (WDCD) in 1994. Since this decision, WDCD has been celebrated on 17 June each year. Many invested organizations celebrate and observe WDCD by organizing a large variety of outreach activities and awareness raising events.

To further increase the impact of WDCD, the UNCCD Secretariat invites Country Parties to the Convention, United Nation’s organizations, civil society organizations, international and non-governmental organizations and other stakeholders to draw attention to land issues and educate the public about effective methods of achieving LDN on 17 June each year. 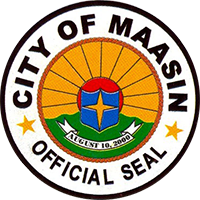