The League of Cities of the Philippines will be conducting the 2013 Orientation Program for Newly-Elected City Mayors on September 5-7, 2013 at Century Park Hotel, Malate, Manila, with the theme, Building the Foundation for Effective Urban Development Managers.

As represented, the Orientation Program aims to serve as a venue to introduce to the newly-elected city mayors the concept of transparency, accountability, participation and adherence to the rule of law, as well as develop among the participants to acquire new knowledge, skills and attitudes for them to become effective urban development managers in the context of good governance.

In view of the above, all City Mayors are hereby encouraged to participate in the above-mentioned activities, on official business. The payment of travelling expenses may be authorized, chargeable against local funds, subject to availability thereof, and to the usual accounting and auditing requirements, and to all pertinent laws, rules and regulations.

The LCP National President shall submit to, through the Director of the Bureau of Local Government Supervisor, the Secretary of Interior and Local Government, a Post-Activity Report within fifteen (15) days after the conduct of the orientation program, with the following prescribed format:

I. Executive Brief;
II. List of Participants;
III. Outputs of Technical Sessions;
IV. Issues and Agreements or Recommendations, if any;
V. Total Fees and Disbursements; and
VI. Appendices, if any,

For the guidance of all concerned 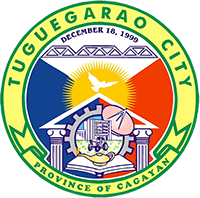