The United Nations (UN) Habitat, the UN agency for human settlements and urbanization, is encouraging local governments around the world in the annual Urban October, a global platform where individuals, organizations, and governments can discuss ways to address the challenges of urbanization. For 2015, the Urban October starts on October 5 in time for the World Habitat Day and ends on October 31 in time for the World Cities Day.

The LCP is proud to take part in this global campaign. In particular, the LCP Secretariat is encouraging its cities to participate in the street photography contest, titled Our City, Our Space, in social media.

Do promote and encourage your constituents to follow LCP twitter account @philcities and Facebook fan page, ‘The League of Cities of the Philippines, for updates. Please see attached for the mechanics of the LCP Our City, Our Spacestreet photography contest.

Moreover, you can also initiate other activities in the observance of Urban October. You may conduct any of the following:
1.) Conduct a flag raising ceremony for at least one Monday within the month of October and read the UN Message of Support in the ceremony
2.) Hang the World Urban October streamer in a widely exposed area in your city hall;
3.) Sponsor an Urban Cinema, an outdoor movie screening in your public space. UN Habitat is hoping to hold Urban Cinema in its partner cities in Mindanao (Cagayan De Oro and Dipolog), Visayas (Iloilo and Tacloban) and in Luzon (Angeles, City of San Fernando, and Quezon City

We thank you for your continuing support to LCP 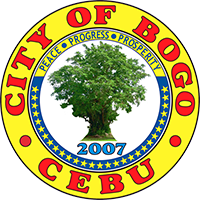