Request to exempt LCEs from the Restrictive Provisions of EO No. 77


During the 68th General Assembly, LCP Representative for Region X and Tangub City Mayor Jennifer W. Tan presented the background and salient points of Executive Order (EO) No. 77, which prescribes the rules and regulations and rates of expenses and allowances for official local and foreign travels of government personnel. Under EO No. 77, the allowed Daily Travel Expenses (DTE) of government personnel increased from PhP800 to PhP1,500–PhP2,200, depending on the Regional Cluster of the LGU. The EO also applies to Local Chief Executives (LCEs) who are previously entitled to claim actual travelling expenses. Mayor Tan clarified that local governments pushed for an increase in the DTE for the benefit of the employees. On the other hand, submitting LCEs to the same provision may have repercussions on their safety and security.

Against this backdrop, Mayor Tan called on the General Assembly to appeal for an exemption of LCEs from the restrictive provision of the EO. A signature drive for this purpose followed. A total of 41 City Mayors and authorized representative were able to sign the petition (Annex A: List of Member-Cities Supporting the Call for Exemption).

Based on the outcome, a considerable number of member-cities agree that LCEs must be permitted to claim actual travelling expenses. Nonetheless, in order for the LCP to issue an official General Assembly Resolution, additional votes are needed. Accordingly, the Secretariat seeks your support, particularly those who are yet to manifest their formal position on the matter.

Kindly indicate your vote on the matter by checking the appropriate box below.

_____ LCEs should be allowed to claim actual travelling expenses.

_____ LCEs should not be allowed to claim actual travelling expenses and must comply with EO 77. 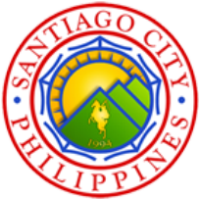