BY THE PRESIDENT OF THE PHILIPPINES

DECLARING NATIONAL DAYS OF MOURNING OVER THE PASSING OF SECRETARY JESSE M. ROBREDO FROM 21 AUGUST 2012 TO THE DATE OF HIS INTERMENT

WHEREAS, Secretary Jesse M. Robredo was appointed as the Secretary of the Department of the Interior and Local Government (DILG) and as a champion for good governance, was instrumental in the implementation of far-reaching reforms in local governance;

WHEREAS, his outstanding performance as Mayor of Naga earned him numerous awards such as the Magsaysay Award for Government Service in 2000, the first Filipino mayor to be conferred the distinction;

WHEREAS, the nation has lost one of its great leaders and public servants; and,

WHEREAS, his many virtues as a public servant have permanently earned for him the gratitude of the City he led, and the Republic he served.

NOW, THEREFORE, I, BENIGNO S. AQUINO III, President of the Philippines, by virtue of the power vested in me by law, do hereby proclaim 21 August 2012 to the date of his interment as National Days of Mourning.

As provided for by law, for a period of six (6) days, the national flag shall be flown at half-mast from sunrise to sunset in all government buildings and installations in the Philippines and in our posts abroad.

Further, from 21 August 2012 until the date of interment, the flags shall be lowered to half-mast in Malacañan Palace, the City of Naga, and in all offices and installations of DILG, Bureau of Fire Protection (BFP), Bureau of Jail Management and Penology (BJMP), Local Government Academy (LGA), National Police Commission (NAPOLCOM), Philippine National Police (PNP), and Philippine Public Safety College (PPSC).

Done in the City of Manila, this 21st day of August, in the year of Our Lord, Two Thousand and Twelve. 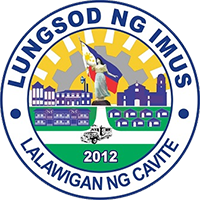