Due to our concerted efforts and with the help of Senator Sherwin Gatchalian, we were able to block the passage of Senate Bill 1842 that was calendared for third reading on 6 August 2018. Through the strong representation of mayors and the League’s physical attendance at the plenary session, we were able to convince the 17 senators present that the deliberation on this bill is important to us. In accordance with the current rules of procedure, Senator Gatchalian immediately moved for the reconsideration of Senate Bill 1842. This motion effectively remands the bill back to 2nd reading wherein Sen. Gatchalian committed to include in his interpellations the objections of the League on SBN 1842. The Secretariat is closely working with his team to strengthen our arguments.

We would like to take this opportunity to express our sincere gratitude to all the mayors, who in their own way supported our efforts to block the passage of Senate Bill 1842. We know how hard you have worked given the swift approval of the motion to reconsider by Senator Gatchalian. No Senator entered an objection and the motion was seconded by no less than Senator Sonny Angara, the Chairman of the Senate Committee on Local Government, sponsor and co-author of Senate Bill 1842.

A special thank you is warmly extended to the following mayors who joined our National President and Angeles City Mayor Edgardo Pamintuan at the Senate on 6 August 2018:

Based on Section 69, Rule 24 of the Senate Rules or the Consideration of the Matters Appearing in the Calendar for Special Orders, and Section 71, Rule 25 Consideration of, and Debates on, Bills, it is still possible that Senate Bill 1842 will be calendared, discussed, and voted upon on the same day. Essentially, our efforts this week merely bought us some time. Attached is a copy of the dispositive portion of the Senate Rules for your reference.

We maintain that the current twin requirements for conversion to a city are reasonable and attainable. However, the Policy Division of the Secretariat is currently conducting studies and simulation particularly on a per capita basis in preparation for a worst-case scenario. Feel free coordinate with the undersigned, Ms. Veron Hitosis (0917.816.9546), or Mr. Segfrey Gonzalez (0945.155.0691) for any clarification on these updates. We are scheduled to meet the team of Senator Gatchalian soon for a discussion.

Thank you for your cooperation. 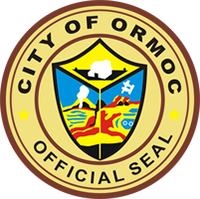