Alberto C. Agra is back in pubic service. Last November 7, 2016, he was appointed Chairman   of   the   Board   of   the   Philippine   Reclamation Authority,    the    infrastructure    development    authority    focused on reclamation.  He  was  the  former  Acting  Secretary  of  Justice,  Acting Solicitor General and Government Corporate Counsel.

He brings with him  his expertise on Public-Private Partnership(PPP). He is a Certified PPP and Regulation Specialist, a PPP Law professor and an active  lecturer  on PPPs. To  date,  he  has  conducted  50  seminars  on  PPP for  2016. He  is  the resource  person  of  the  Local  Government  Academy and National Economic and Development Authority on PPPs.

His template PPP ordinance has been referred to by 67 provinces, cities and  municipalities, so  far. Said  ordinance  has  been  officially adopted  by the Department of Interior and Local Government for its P4-PPP for the People    Initiative. He    has    a    column    on    PPP    every    Monday    in BusinessMirror.

He is a political law bar reviewer and professor of laws at the Ateneo Law School. He has    been    teaching    thereat since    1993.    He teaches administrative  law,  law  on  local  governments,  election  law  and  law  on public  officers.  He  recently  published  a  1,408-book  on  the  1991  Local Government  Code. He  is  finishing  his  dissertation  for  his  doctor  in
philosophy on leadership studies at the Ateneo School of Government.

He  is  also  an avid  sportsman.  He is  now  into obstacle  course  racing.  He has joined two Spartan sprint races and two half-
marathons. 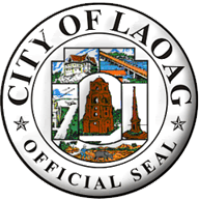