LCP: SECURING THE FUTURE OF CITIES THROUGH POLICY ADVOCACY

Since 1988, LCP has relentlessly steered the direction of national and local policy discourse toward greater local governance, consistent with its vision to achieve genuine autonomy for local governments in the country. The League constantly takes a stance on pressing policy issues that affect city governments and their constituents, guided by a mission to secure the future of both through policy advocacy. Further, LCP ensures that city's united voices are heard by national authorities by reverberating them during legislative hearings in both Houses of Congress and other similar platforms. As of the latest, LCP is closely engaged in monitoring and promoting cities' welfare in different policy issues to include federalism, local fiscal autonomy, LGU conversion, and the review of the 1991 Local Government Code among others. Readers can obtain a more nuanced understanding of the cities' perspective in the mentioned areas, by browsing through the following position papers crafted by the League.

Below are the position papers LCP submitted to various bills on Senate and Congres:

2. Position paper on the Postponement of the Barangay Elections and Appointment of Barangay Officials by the President

3. LCP Resolution Appealing to President Rodrigo R. Duterte to Restore the 5\\% Share from the Gross Income of Philippine Amusement and Gaming Corporation (PAGCOR) for the Philippine Sports Commission (PSC)

2. Position paper on HB 3907: Extending the Term of Brgy Officials to Five Years

5. Position paper on the Postponement of the Barangay Elections and Appointment of Barangay Officials by the President (HB 5359)

1. Discussion paper on the Financial Benefits of Federalism to Cities

2. LCP Response to the Sectorial Consultation on Federalism

3. Position paper on the Cityhood Bills

1. Discussion paper on HB 7198: Institutionalizing Strategic Volunteerism Based on Multi-Sectoral Public-Private Partnership Framework in all LGUs and Congressional District in the Country

6. Discussion paper on SB 481 and 511 Promoting Transparency in Government by Establishing a Local Government Finance Website and Establishing the Local Management Information System

10. LCP Inputs on HB 8221: Institutionalizing the Seal of Good Local Governance (SGLG) and Allocate a fund for its purpose

14. LCP on Securing the Future of Cities in the Philippines Federalization Agenda

1. LCP Statement on the Ongoing Amendments to RA 8794

1. Discussion paper on HB 3012: Establishing Local Language as the Official Language in LGUs

2. LCP Correspondence on to DILG Director Anna Liza F. Bonagua on the Guidelines in the Integration of Barangay Clearance in the LGU Permitting Proceses of Citie and Municipalities

3. LCP Correspondence on to DILG Director Anna Liza F. Bonagua on the Guidelines for Regulatory Reforms Pursuant to EODB-BGSD Act of 2018

4. Discussion paper on the Draft IRR of RA 11311 that Seeks to Imporve and Provde Adequate Facilities for Land Transporation Terminals, Stations, Stops, Rest Areas and Roll-On/Roll-Off Terminals for the Convenience and Comfort of its Clientele 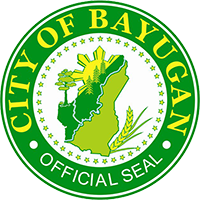