By League of Cities of the Philippines
April 2, 2014


With barely a year before the 2015 deadline, the Philippines has been vigorously exerting its efforts to be on track with the targets of the Millennium Development Goals (MDGs). The National Economic and Development Authority (NEDA) reports that we have attained three out of eight goals – gender equality, diseases control, and environmental sustainability but lagging behind targets in MDG No. 2 which is Universal Primary Education and MDG No. 5 which is Improve Maternal Health.

Supportive of the country’s efforts to achieve the MDGs, LCP is continuing its regular program in documenting and promoting Good Practices among its member-cities. The select cases of good practices will be featured in the LCP’s website, promoted in many of different LCP’s activities and will be published in an upcoming casebook.

Supported by the United Nations-Stand Up Take Action (SUTA) Campaign, this initiative recognizes the good practices of our member-cities in implementing and sustaining MDG-inspired programs. It is also envisioned as a reference guide to other local governments on how to implement innovative MDG-inspired programs and projects.

In line with this, we encourage your city to submit a profile of your MDG good practice program/project that your city can truly be proud of. Please fill up the attached form and fax it back at telephone no. (02) 470-7210 or email the accomplished form at league.cities.philippines@gmail.com (Attn: SUTA) on or before May 02, 2014, Friday. The form will serve as a reference guide for the LCP Secretariat documentation team to validate its information during its scheduled fieldwork.

Thank you very much for your cooperation. 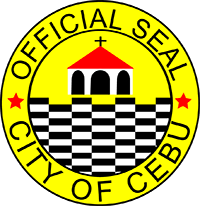