Yesterday, 01 March 2018, LCP had a fruitful dialogue with DBM Secretary Ben Diokno with regard to Local Budget Circular No. 116 which sets the guidelines on the utilization of the P2.5 billion pesos assistance to cities for the public spaces program. We are grateful for the support and presence of the Cities present yesterday, which impressed the DBM Secretary.

As a background, in 2017 LCP had various discussions with DBM representatives for a package of assistance to cities since we had been disqualified on the Assistance to Disadvantaged Municipalities and the KALSADA Project. It was identified that a Public Space Program is an initiative that better suits the cities and that a P5B pesos funding will be set aside in the national budget to support this initiative. Regrettably, the budget reflected in LBC 116 as assistance to cities is P2.5 billion pesos. LCP organized the Executive Session to seek clarifications on the implication of the 50\\% cut to cities and explore alternative financing options to complement the significant cut. According to Secretary Diokno, the assistance to cities has been cut due to the P50 billion pesos fund requirement for the implementation of the Free Tuition Law or RA 10931. However, Secretary Diokno committed that his Department will defend the increased for assistance to cities in the succeeding budget deliberations. He asked city mayors and representatives to help him show the legislators that cities can utilize the fund properly.

We are delighted to share that there had been some quick gains in the following areas:

As a next step, we are planning to organize an audience with the President to identify a fund within the President’s budget to complement the 50\\% cut in the assistance to cities. We understand that several public spaces proposals cannot be funded by the existing allocation and we will continue to lobby for a fund to complement the cut for all cities. At the minimum, our goal is to assist the 41 cities that received an allocation of less than 10 million pesos within the year. 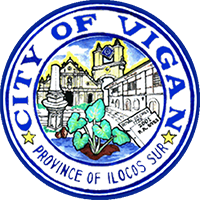