Officials and employees of the Local Government Units (LGU) planning to tour or vacation abroad no longer need to present an authority to travel from their department heads to Immigration Officers at the airports.

Instead, they only need to present a copy of their approved leave application to the Immigration Officer and the latter will no longer ask for a travel authority as practiced before, LGU personnel said.

However, the Bureau of Immigration (BI) stressed that this new travel rule does not apply to provincial governors and mayors of highly urbanized and chartered cities as they still have to secure a travel authority from the DILG undersecretary when going abroad, “regardless of the nature, purpose and duration of their travel.

This new policy is now being implemented by BI in all international airports and seaports pursuant to new guidelines on travel authority which the Department of Interior and Local Government (DILG) issued to local government units and its employees last February.

The new BI rules provide that, henceforth, Immigration Officers will only require the presentation of travel authority from departing local officials and DILG employees if their trip is on official time or business.

But the same rules state that for city and municipal mayors, vice mayors, provincial vice governors, and city and municipal councilors who will be abroad for more than three months, they are still required to secure a travel authority from the DILG undersecretary for local government.

Otherwise, if the duration of the leave of absence of said officials is less than three months, an approved leave application will suffice.

As a general rule, all government officials and employees, elective or appointive, are required to secure a travel authority from the heads of their department before going abroad and they shall present the same to the Immigration Officer upon their departure.

But last Feb. 10, 2017 then DILG Secretary Ismael Sueno issued a Memorandum Circular entitled “foreign travel authority on on-line system of local government and employees” that dispensed with the said requirement for certain elective officials and employees of LGUs. 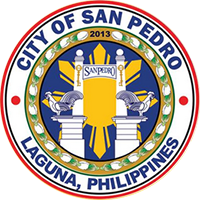