City of San Fernando: Towards people-centered governance through gender responsiveness

San Fernando City, La Union, 5 March 2021 - The City of San Fernando's distinct approach in promoting gender responsiveness in the city can be seen in the prioritization and institutionalization of policies and structures within the city government. Aligned with the people-centered governance of City Mayor Hermenigildo Gualberto, the city's accomplishments on gender and development (GAD) are continuously being expanded to respond to the needs of its citizens.

General Santos City, 4 March 2021 - Collection of data has always been a big and challenging task for local governments. With the multitude of indicators and data sources, significant amount of time and resources are required to be able to analyze and put data into use in further improving the lives of people. The City of General Santos came up with a strategy for its efficient gender data collection.

Quezon City, 3 March 2021 - City officials and public education stakeholders from the cities of Iloilo and Roxas tuned in to the presentations from Quezon City (QC) and San Fernando City, La Union recently to learn about allocating resources to support the implementation of the Department of Education's (DepEd) Basic-Education Learning Continuity Plan (BE-LCP).

Alaminos City, 3 March 2021 - As Philippine cities are beginning to be threatened by COVID-19, the City of Alaminos was quick to act in ensuring that the city government is prepared in its response. From realigning funds to be allocated for the procurement of relief packs for the prioritized sectors, it was also able to monitor its population and the probable transmission of the virus particularly coming from returning residents and locally stranded individuals (LSIs).

Learning from Tagum City's transformative leadership in gender and development

Tagum City, 1 March 2021 - While other local governments struggle to convene their local Gender and Development (GAD) mechanisms, the City of Tagum has devised an effective way for its GAD Focal Point System (GFPS) to regularly assemble.

Quezon City, 26 February 2021 - For many years now, the Quezon City Government has been paving the way for local governments in advocating for gender equality as translated in its policies and programs. Having established its Gender and Development (GAD) Office as early as 2001, the city has already been on a long journey towards improving the lives of its constituents across genders.

Quezon City, 25 February 2021 - The League of Cities of the Philippines is proud of Pasig City Mayor Vico Sotto for being named one of the 12 International Anticorruption Champions by the U.S. State Department.

Quezon City, 25 February 2021 - The League of Cities of the Philippines congratulates LCP Representative for Region V and Iriga City Mayor Madel Alfelor for being elected the Co-President of the United Cities and Local Governments - Asia Pacific (UCLG-ASPAC)--a section of the largest organization of local governments and local government associations in the world--at the organization's Council Meeting held on Feb. 25.

Liveable Cities Challenge: Getting Cities Ready for the Vaccine

Quezon City, 24 February 2021 - In time for the 2021 National Women's Month Celebration, the League of Cities of the Philippines and the Embassy of Canada will be conducting the closing ceremony of the "Promoting Gender and Development (GAD) Advocacy in Philippine cities through Establishment and Strengthening of GAD Focal Point Systems (GFPS) Project," also known as the GFPS Project, on 9 March 2021.
First  Previous Page 1 of 36 Next  Last 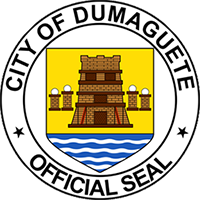