On 07 and 08 June 2022, the League of Cities of the Philippines, led by Executive Director Ma. Veronica C. Hitosis successfully held a series of meetings with partners from the Liveable Cities Philippines and the Local Government Academy (LGA) to discuss plans to capacitate the newly elected city mayors as they embark on their journey in local governance in the next three years.

LCP to support intelligent cities with Liveable Cities Philippines
After successfully mounting 29 virtual sessions of well-attended Liveable Cities Labs during the COVID-19 pandemic, the partnership between the Liveable Cities Philippines and the League is set to continue this 2022 with the continuation of the Labs and the introduction of the GovTech Accelerator Program of the New Zealand Embassy.
Liveable Cities urge all cities to participate in the accelerator program to apply innovation and technology in government service delivery for their citizens and create an enabling environment for investments, such as in the case of Valenzuela City. The League supports cities’ endeavors on innovative solutions. It will partner with the Liveable Cities in an orientation session with city mayors in July 2022 and with New Zealand representatives for the GovTech Accelerator Program orientation in August 2022.
As the Chief Resilience Officer of the Philippine Disaster Resilience Foundation (PDRF), Mr. Luz extended an invitation to all city mayors to visit its emergency operations center (EOC) in Clark Freeport Zone for their future DRRM benchmarking activities. It is the first national EOC in the world run by the private sector.

LCP partners with LGA for the NEO Orientation in July 2022
Given the foreseen changes brought by several major events such as the implementation of the Mandanas-Garcia ruling, and the post-pandemic era, among others, LCP and LGA are committed to becoming implementing partners of capacity development programs to help local officials perform their responsibilities, fulfill their mandates, and better respond to challenges. This year, the League and LGA will organize an exclusive Newly Elected Officials (NEO) orientation program for the city mayors for a more focused, engaging, and intimate discussion. As presented by the LGA, the expected outputs at the end of the training are the First 100 Days Plan and Executive Agenda, which will serve as their roadmap during their term as local leaders.
The June 8th meeting is a follow-through to the initial discussion of the League and LGA to provide further updates on the venue, the important dates, program design, and other logistical matters of the NEO orientation. During the meeting, Executive Director Hitosis emphasized the importance of having the right mix of sessions for the two-day event, which will be relevant and helpful to the participants. "Gusto sana namin, yung orientation natin is organized so that the cities look forward to the next sessions. It should be a good opening salvo on what's to come."
The League and LGA agreed to organize a series of meetings to ensure a more organized and substantive program for the city mayors in July 2022. 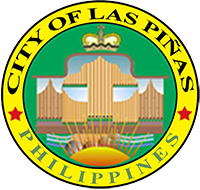