City mayors gathered on Thursday, June 2nd, at the Manila Ballroom of Marriott Hotel Manila during the League of Cities of the Philippines' (LCP) Special General Assembly to celebrate the significant contributions of city mayors over the past three years. LCP National President and Bacolod City Mayor Bing Leonardia presided over the meeting.

"It has been a term like no other – where a pandemic dominated our lives," Leonardia said. "COVID-19 has changed the complexion of things and introduced new challenges that no one before us has ever faced."

During his message, Leonardia launched the President's Report: Leading in the Time of COVID-19. The report details the challenges and opportunities that cities have experienced in the fight against the coronavirus and the League's successes under the guidance of the 2019-2022 National Executive Board. He also emphasized how the League strived to stay afloat and remain in service during the pandemic. As a result, it has eventually recovered, satisfactorily exceeding the target membership dues collection in 2021.

Former Metro Manila Development Authority Chair and incoming DILG Secretary, Atty. Benhur Abalos lauded city mayors for their commendable work in "one of the hardest" terms as a chief executive. Since 2020, cities and city mayors have been at the forefront of the fight against COVID-19, successfully navigating the challenges that the virus has exacerbated.

Similarly, in his keynote message, re-elected Senator Sherwin Gatchalian emphasized the role of mayors' clear, long-term vision and responsive plans to realize the potential of cities as "engines of growth."

Both Abalos and Gatchalian were former city mayors and active LCP National Executive Board members during their terms.

In the same event, the League honored 65 city mayors for their hard work and dedication to improving the quality of life of their constituents. Out of the 65 awardees, 38 mayors have successfully served their cities for nine (9) years. 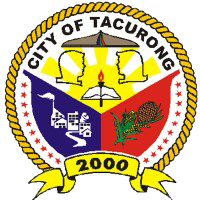