Representatives from the League of Cities of the Philippines Secretariat, led by its Executive Director, Ms. Ma. Veronica Hitosis and partners from the VNG International, headed by Ms. Irene Oostveen, the Project Manager of the DEALS Programme or the Governance of Inclusive Green Growth in Cities, met with Bataan Governor Albert Garcia, LCP Vice President for Luzon & Balanga City Mayor Francis Anthony S. Garcia and select local chief executives on 20 April 2022 at The Bunker at the Capitol to cement their commitment for a stronger collaboration on improving solid waste management in the province.

ED Hitosis shared that the ceremonial signing is the brainchild of Balanga City Mayor Francis Garcia during the December 2021 visit. Mayor Garcia strongly recommended involving the provincial government and other LGUs to improve SWM in the province. Further, he emphasized the readiness of Bataan LGUs to collaborate and break silos to contribute to the rehabilitation of Manila Bay.

The DEALS Programme in the Philippines aims to strengthen the role of LGUs in implementing the Manila Bay Sustainable Development Master Plan (MBSDMP) while contributing to the achievement of SDGs 11 and 15, i.e., on Sustainable Cities and Communities and Life on Land, respectively. Bataan's initiatives and strategies on environmental management, particularly the programs, projects, and activities in its approved ten-year solid waste management (SWM) plan, excellently complement the action plan of the MBSDMP.

Governor Albert Garcia, for his part, is delighted for the province to be chosen as a demonstration site and a model for interlocal cooperation on SWM. "We're very interested because this helps solve several problems on waste, challenges to more efficient agriculture, and other problems that can be solved because of this technology. [...] This is what we are here for solving problems and making lives better for our people."

The DEALS Programme will provide technical assistance in developing a clustered composting facility in the province to help divert waste from disposal to landfills and Manila Bay. It came at an opportune time as the provincial government has recently been approved to construct a sanitary landfill in Abucay.

In closing, LCP expressed optimism that more LGUs in Bataan will cooperate in rehabilitating Manila Bay.

Photos: Courtesy of the Provincial Government of Bataan 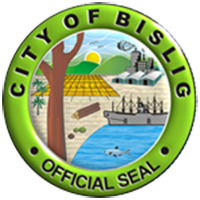