The League of Cities of the Philippines (LCP), led by Bacolod City Mayor Evelio Leonardia as national president, has created the Committee on Devolution during its virtual Special General Assembly Friday [July 16].

The assembly gathered 108 city mayors and representatives to promote the interests of cities in dialogues related to the full devolution of services from the national government to local government units (LGUs).

"We are navigating unchartered waters," Leonardia said, adding, "We need to sit down with national government agencies to get a clear picture of what is to come, and we count on their support and assistance in addressing the concerns raised by cities regarding the transition [to full devolution of services]."

During the meeting, DBM OIC-Undersecretary Kim Robert De Leon and DILG Director Anna Liza Bonagua provided a policy background on the transition through Executive Order No. 138 and the upcoming memorandum circular on local transition plans.

Most of the queries during the open forum focused on determining the beneficiaries for the Growth Equity Fund, personnel to be displaced during the transition, and the devolution plan of other agencies.

The LCP advocates for more city beneficiaries on the growth equity fund, more autonomy on creating positions for transition, and a more reasonable transition timeline given the upcoming election. 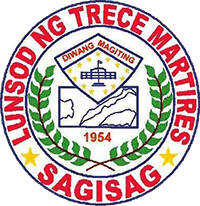