The League of Cities of the Philippines (LCP) has appealed for the inclusion of more areas in the priority recipients of COVID vaccines following the recent surge of infections in other high-risk cities.

Reports have also noted a sharp increase in MIMAROPA and Western Visayas cases, including Calapan City, Bacolod City, and Iloilo City, with the latter being placed under modified enhanced community quarantine (MECQ) on May 23, 2021.

Both mayors urged for the distribution of new vaccine shipments in these places outside the priority areas of NCR Plus, Cebu, and Davao.

"We deem that the preemptive action of distributing vaccines to a broader number of cities will prevent a potential new wave of case surges throughout the Philippines," Leonardia and Panaligan said in the letter.

The LCP officials also acknowledged the national government's task of considering the "delicate balance" between distributing vaccines to current hotspots and allocating to emerging hotspots that may become critical areas.

"We will bank on the expertise of the IATF (Inter-Agency Task Force for the Management of Emerging Infectious Diseases), NTF, and NITAG (National Immunization Technical Advisory Group) to make evidence-based decisions in identifying the priority areas in addition to the initial list," they said.

The LCP recently lauded the IATF for reclassifying local chief executives as part of the priority A1 group in the national vaccination program.

In the same letter, Leonardia and Panaligan assured Galvez that city mayors would reciprocate the trust and confidence of the national government with more "proactive and efficient programs" in their respective localities. 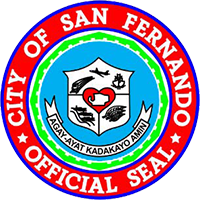