LCP Statement on Advisory No.40 by the National COVID-19 Vaccination Operations


The League of Cities of the Philippines expresses its sincere gratitude to the Inter-Agency Task Force for the Management of Emerging Infectious Diseases (IATF) for approving our request to reclassify local chief executives (LCEs) as Priority Group A1: Workers in Frontline Health Services, specifically under Priority Group A1.5, in the ongoing National Vaccination Program. Such a move recognizes the important roles of LCEs in the success of the country’s vaccination program. We commit to reciprocate the trust and confidence of the IATF to city mayors with more active and responsive vaccination efforts in our respective localities.

On 29 March 2021, LCP National President and Bacolod City Mayor Bing Leonardia wrote to IATF Chairman and DOH Secretary Francisco T. Duque requesting the reclassification of LCEs as Priority A1 in the vaccination program. On 13 April 2021, DOH Undersecretary Maria Rosario S. Vergeire maintained the classification of city mayors as Priority A4 or frontline personnel in essential sectors in her letter addressed to Mayor Leonardia.

On 31 March 2021, Mayor Leonardia wrote directly to President Rodrigo R. Duterte, appealing for the reclassification of LCEs as Priority A1. In the same letter, he highlighted that such reclassification would be a “win-win strategy” for the country’s fight against COVID-19. On 5 April 2021, the Chair of the National COVID-19 Vaccination Operations Center, DOH Undersecretary Myrna C. Cabotaje, issued Advisory No. 26 allowing the vaccination of LCEs in high-risk areas. Mayor Leonardia continued to reach out to DILG Undersecretary Epimaco Densing, Secretary Vince Dizon, and Secretary Carlito Galvez, Jr. appealing for the inclusion of all city mayors in the A1 category. He continued to lead by example by visiting vaccination centers and organizing a week-long vaccination operation in his city. All these were designed to drive the point on the critical roles of LCEs in getting the trust of their constituencies to get vaccinated.

On 15 May 2021, the Chair of the National COVID-19 Vaccination Operations Center, DOH Undersecretary Myrna C. Cabotaje, issued Advisory No. 40 including local chief executives, governors, and mayors—as Heads of Local Health Boards and as Chairs of the Local Task Forces Against COVID-19—in Priority Group A1.

The 146 cities are delighted with this new development and warmly thank President Rodrigo R. Duterte and the members of the IATF for their wisdom and foresight with this decision. ### 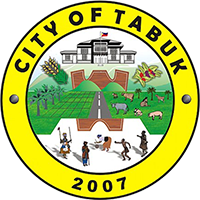