The Philippine National Police sought for wider areas of cooperation and coordination between the police and local governments as essential components of the criminal justice system.

PNP Officer-in-Charge, Police Lieutenant General Guillermo Lorenzo T Eleazar underscored this vital police-LGU partnership during a dialogue with the League of Cities of the Philippines (LCP), the country's association of city mayors, on Wednesday.

LCP National President, Bacolod City Mayor Evelio Leonardia, initiated the dialogue to primarily express its condemnation over the death of their colleague, Calbayog City Mayor Ronaldo Aquino, and to press for assurance from the PNP that measures will be put in place to prevent similar situations. Leonardia, together with other city mayors who are also LCP officials, attended a virtual meeting with OIC Eleazar.

Baguio City Mayor Benjamin Magalong, a former PNP Deputy Chief for Operations and an LCP official, personally came to the national headquarters to represent their association face-to-face in the dialogue. He expressed  gratitude and appreciation to the PNP for accommodating their request, and also manifested the LCP’s full trust and confidence to the PNP.

Eleazar welcomed the dialogue to restore the confidence of the local government executives on their police force amid the public reaction surrounding the Calbayog shooting incident.

"The PNP has no policy of using violence or employing unnecessary force against any people, more so our fellow public servants," Eleazar said.

In representing PNP Chief, Police General Debold Sinas, Eleazar assured the 146 LCP members of  transparency and accountability in all police operations amid the Calbayog shooting incident which left Mayor Aquino and 5 others, including 3 policemen, dead.

"Like the city mayors, we in the PNP are also determined to find out what really happened because we also lost three of our men in that incident", Eleazar said as he assured that "the PNP will do everything in order for the Calbayog incident not to happen again. It will not affect the good working relationship of the police with our local executives. There will be regular updates on the developments of investigation by SITG "Aquino", OIC Eleazar added. 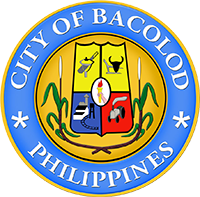