The visit is part of the 500th Anniversary of the Philippine Part in the First Circumnavigation of the World.

The activity was organized by the Cebu City Government along with its partner agencies including the Central Command of the Armed Forces of the Philippines, Philippine Navy through the Naval Forces Central, Philippine National Police 7, Cebu Port Authority, and the Philippine Coast Guard Central Visayas, among others, with the assistance of the National Quincentennial Committee and the Embassy of Spain in the Philippines. 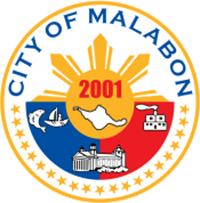