For almost ten years now, the City of Baybay, located in the Province of Leyte, has been collecting sex-disaggregated data (SDD) and been using them for its local development planning. A project beneficiary of UP Los Baños Office of the Vice President for Public Affairs' Extension Program, the "Barangay Integrated Development Approach for Nutrition Improvement (BIDANI)" was implemented in the city in partnership with the Visayas State University (VSU) in 2009. BIDANI's focus is on managing and monitoring community nutrition improvement and helping local governments in developing programs on nutrition. One of BIDANI's innovative strategies is the Barangay Management Information System (BMIS). Through this electronic system, the city collects data from households and barangays which are helpful in identifying the issues and needs of the communities, particularly on nutrition. The BMIS, through the intervention of BIDANI, became the springboard of the city's community-based data management system.

The city has since then adopted the BMIS as its primary data management system, in lieu of the Community-Based Monitoring System (CBMS). Funded through the city's GAD fund, all 92 barangays have their own BMIS. The barangay health workers (BHWs) and barangay nutrition scholars (BNS), those in the forefront of data collection on the ground, were given capacity development trainings by the city on BMIS. Data collected from the barangays will be encoded into the system by the barangay secretaries. They will then provide a copy of the data sets to the city for its inclusion to the City Management Information System (CMIS) which consolidates the data from all 92 barangays. From nutrition-related data, the city has expanded and customized the data points in the system to cover all sectors and areas of the city.

One of best features of Baybay City's BMIS is its collection and use of SDD. The city saw the benefits of using SDD, particularly in local development planning and service delivery. They were able to identify, monitor, and respond to the issues and needs of the population with a gender perspective. This best practice of the city earned them the recognition from the Philippine Commission on Women (PCW) and was awarded as an accredited GAD Local Learning Hub (GAD-LLH) for 2019-2022, making them the first GAD-LLH in Eastern Visayas.

Another GAD-related best practice of the city is the Women's Economic Empowerment (WEE) Project. Banking on the success of the GREAT Women Project 2 implemented by PCW and UN Women and supported by the Canadian Government, WEE focuses on providing support for the economic empowerment of women in select pilot sites in the country, which includes Baybay City. A WEE facility is being managed by the city which caters mostly to jackfruit and sweet potato processing for pasalubong. Originally started by the city's women federation, the city took over in managing and operating it to help in the sustainability of the enterprises.

Now, with the leadership of Mayor Jose Carlos Cari, Baybay City will continue to improve the BMIS and is open to share the system and their strategies with other local governments. 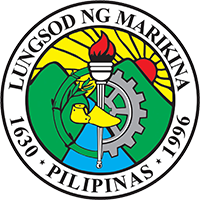