The procurement and allocation of COVID-19 vaccines is "a matter of teamwork" between and among the national government and local government units (LGUs), according to Bacolod City Mayor Evelio Leonardia, National President of the League of Cities of the Philippines (LCP), during a virtual meeting of the LCP Committee on Vaccine Availment Tuesday [Dec. 29].

The LCP Committee on Vaccine Availment, formed by Leonardia and chaired by Iloilo City Mayor Jerry Treñas, held a consultative meeting with Vaccine Czar Secretary Carlito Galvez regarding the procurement and distribution of vaccines against COVID-19.

Leonardia and Treñas both expressed their support to the national government’s vaccination program.

"When we called President [Rodrigo Duterte] that the mayors are volunteering to buy their own vaccine, he was glad because those cities that have no budget for this (vaccine) will be given more allocation by the national government," Galvez disclosed at the meeting.

He added: "Once we get the master list, regardless of cities, with or without funds, we will have an equitable distribution."

With a P1.3-billion budget, the national government will buy at least 150 million vaccines for the mass vaccination next year, according to Galvez.

The budget is sourced from the World Bank, Asia Development Bank, and European Investment Bank.

Galvez added that the vaccines that will be used in the mass vaccination program are only those that are FDA-approved and with high efficacy rate.

For his part, Treñas said: "What we will campaign is for more cities to really appropriate local funds to increase the volume of vaccines to be allocated to the country, which is enough to cover the entire Philippine population or achieve herd immunity at the soonest possible time in priority cities." Currently, AztraZeneca increased its allocation for the Philippines by 7 million additional doses due to the initiative of the private sector companies and some local government units, according to Secretary Galvez.

In the meeting, Climaco recommended to Secretary Galvez to require the Department of the Interior and Local Government to create a master list to facilitate the pooling of resources for vaccines. She added that the Commission on Audit (COA) should also promulgate new guidelines to facilitate vaccine procurement.

Leonardia added that Galvez could also talk to the Government Procurement Policy Board (GPPB) "for more realistic and more understanding guidelines on vaccine procurement."

"The COA and the GPPB will play a vital role in increasing the cities’ demand to procure vaccines," Mayor Leonardia stressed. 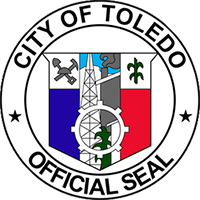