Consultation Meeting of the DBM with LGUs


LOOK: Officers of the League of Cities of the Philippines attended a consultation meeting of the DBM with LGUs regarding the implementation of the Supreme Court ruling on the Mandanas-Garcia Case, also known as the 'Mandanas Decision.'

LCP Vice President for the Visayas and Dumaguete City Mayor Ipe Remollo delivered a keynote address emphasizing the need for an equalization fund in the draft EO of the 'transition plan' to help cities in need of more support.

Said transition plan will serve as the guide for the implementation of the Mandanas Decision.

1) the need for an equalization grant to address imbalances;

2) upholding the autonomy of LGUs to use block grant; and

3) the suggestion that capacity-building of LGUs should take time and must be taken from national budget and not the Mandanas share.

Mayor Panaligan then ended with his own points on ensuring full and genuine devolution and decentralization in the true spirit of the Local Government Code of 1991. 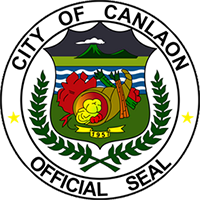