Baguio Mayor Benjamin Magalong presented his city's acclaimed contact tracing program for COVID-19 cases before local chief executives in a much-awaited online dialogue organized by the League of Cities of the Philippines on 21 July 2020.

The virtual session called Elevating the Role of Local Governments in Contact Tracing was well attended by city and municipal mayors, provincial governors, and other relevant LGU officers from across the country.

The meeting was held following the clamor for local governments to ramp up their contact tracing efforts to contain transmission within their localities amid shifting COVID-19 trends.

It will be recalled that Magalong was recently appointed to the National Task Force Against COVID-19 as the country's contact tracing czar due to Baguio LGU's effective strategies to swiftly identify and isolate confirmed cases.

While taking pride in his city's average benchmark of 37 identified contacts per positive case within the first 48 hours, the former CIDG chief lamented that only 2\\\% of LGUs in the country have sufficient contact tracing systems that can achieve this target.

“There is no substitute to being proactive,” he said. “Kapag pinabayaan po natin ang isang infected patient, every second makaka-infect siya.”

Magalong also made a case for intensifying contact tracing systems even in low-risk cities and cautioned mayors from such areas to start as early as possible even when cases are still low.

He also advised mayors in areas with low incidents of COVID-19 to intensify testing efforts to determine the real COVID-19 situation in their localities.

According to the mayor, testing in these areas may be expanded to high-risk groups such as health workers, essential frontliners, uniformed personnel, and social workers.

Magalong likewise highlighted the importance of efficient contact tracing in informing the actual number of RT-PCR tests that need to be conducted per day.

Using COVID-19 data from a city in NCR, he noticed a huge discrepancy between the number of identified contacts that require testing and the actual number of tests that have been administered.

He stressed the need to be aggressive when it comes to case finding to ensure consistency in COVID-19 data and in local efforts to identify, isolate, trace, and test.

“We have to do something to be able to really enhance further our contact tracing capability,” he said. “Most of the local government units are doing a great job [in] doing their testing, building up their isolation facilities. Ang nakakalimutan lang po talaga nila is yung contact tracing.”

The mayor also underscored the importance of a seamless collaboration between law enforcement investigators and local health authorities—often perceived as mutually exclusive—in gathering data from suspected cases in the soonest possible time.

Magalong shared that the PNP is on board to help expand the contact tracing teams of LGUs in need as their investigators have been trained with cognitive interviewing skills to promote rapport with COVID-19 patients, especially those who are under stress or extreme anxiety.

This training equips police with the necessary skills to complete casework for COVID-19 thereby providing support to health workers throughout the process.

“[Patients who test positive for COVID-19] experience a general arousal syndrome where anxiety level is high and they become irrational,” he said.

“Suddenly, they create an attitude of animosity. Someone with cognitive interviewing skills can establish rapport with a patient and help them recall incidents that actually happened,” he added.

Magalong also placed emphasis on his city's commitment to transparency, which includes a methodical approach in encouraging positive patients to disclose their status.

His contact tracing teams achieve this by carefully guiding patients in sharing their status on social media and requesting the latter to sign an affidavit of consent while mentioning that doing so will save more lives as it leads to more identified contacts.

The mayor also dispelled the perceived backlash and discrimination against those who reveal their COVID-19 status on social media by sharing an encouraging experience in his city.

On the possible challenge of getting patients to disclose to personnel in uniform, Magalong shared that policemen who are deployed as contact tracers in his city are advised to wear civilian clothing to lessen the anxiety or hesitation from people.

Furthermore, he reminds all PNP members of the contact tracing teams to never lie about their identity when asked as it is critical to establish trust with the people.

When it comes to the resources needed to establish and implement contact tracing systems, the mayor shared that the software used by his LGU can be downloaded by other local governments for free, adding that the only major investment made by Baguio was the city's command operations center for contact tracing.

The mayor also graciously offered the services of his team to help install his contact tracing software and conduct targeted webinars to other LGUs. 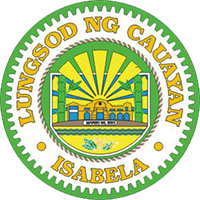