One of the cities located in Bicol Region, the City of Masbate has long been championing the welfare of women and children through the leadership of City Mayor Rowena R. Tuason. Mayor Owen, as she is fondly called, puts the welfare of these sectors in the center of the city’s gender and development (GAD) plan. Currently, Mayor Owen is also LCP’s focal mayor for GAD.

With a GAD plan and budget (GPB) prioritizing health, the city was able to decrease the mortality rate in children, build infrastructure which include a VAWC facility for vulnerable women and children, conduct monitoring of birth registration, and the continuous campaign and action to achieve zero open defecation, among others.

Mayor Owen considers having a harmonious and open working relationship among city departments as key in having a well-planned and efficiently utilized GPB. From identification of gender-related gaps up to ensuring that the identified programs, projects, and activities (PPAs) are within the guidelines of properly utilizing the GAD fund, department heads from key offices such as the City Planning and Development Office (CPDO), City GAD Office, City Social Welfare and Development Office (CSWDO), City Health Office (CHO), City Budget Office, and City Accountant Office, are adept of the GAD planning and budgeting process which allows them to come up with a GPB that is responsive and aligned to the city’s agenda and development plans. Moreover, the city does not have difficulty in regularly convening members of its GAD Focal Point System (GFPS) Executive Committee as members are well aware of the importance of timely discussions of issues concerning GAD.

The experience of the City of Masbate in its participatory GPB among its departments and offices is an example which other cities can emulate to ensure that the 5\\% GAD fund is being utilized according to the needs of their constituents. 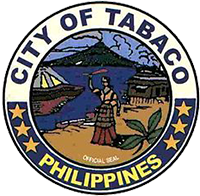