The Commission on Elections has released the calendar of activities and periods of prohibited acts in connection with the 2019 National and Local Elections.

The Campaign Period for candidates for Senator and Party-List Groups participating in the Party List System of Representation is from February 12, 2019 to May 11, 2019, with campaigning prohibited March 28, 2019 (Holy Thursday) and March 29, 2019 (Good Friday).

Meanwhile, the Campaign Period for candidates for Members of the House of Representatives and elective Regional, Provincial, City and Municipal Officials will run from March 30, 2019 to May 11, 2019.

Campaigning in the Philippines is prohibited from May 12-13, 2019, which is also the period for the Liquor Ban. The Gun Ban runs for the entire Election Period.

Starting November 30, 2018 until midday of Election Day, the substitute of an official candidate of a political party or coalition, who died or was disqualified by final judgment, may file their COC, provided that the substitute candidate and the substituted candidate have the same surname.

The last day for all individuals who filed a COC to file their Statement of Contributions and Expenditures (SOCE) is on June 12, 2019. 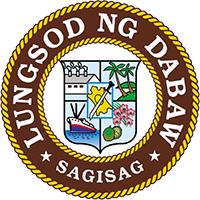