The International River Summit (IRS) is a biennial, multi-partner, international initiative organized to improve the conditions of rivers in the Philippines through intensified river advocacy and governance and by raising awareness on the importance of rivers to everyday life. Since 2012, three international river summits have been organized by the DENR, the LCP, and selected host cities across the country.

The first and well-attended IRS was organized in Iloilo City on 30 May to 1 June 2012. The main output of the event was the Iloilo Declaration which calls for greater investment to address the challenges brought about by the impacts of climate change and rapid urbanization on rivers. In November 2014, the 2nd IRS was organized in Marikina City where the Marikina River Institute was established. The institute aimed at strengthening the science behind river management. The Marikina Declaration, on the other hand, itemized the global, national, and local actions toward river rehabilitation and management. The 3rd IRS, which was held in Cagayan de Oro City on November 2016 paved the way for the adoption of the Cagayan de Oro Consensus. The consensus is an outcome document that focuses on the conservation of watersheds, improvement of water quality, establishment of resilient communities, and recognizes the importance of watersheds in the health of rivers.

This year, the City Government of Mandaue takes pride in hosting the 4th International River Summit on 22-24 November 2018 at Radisson Blu Hotel Cebu, Philippines. With the theme of “Raising awareness, commitment, and resources for the rivers,” the Summit will strengthen efforts in the rehabilitation of the Butuanon River. It realizes that through the staging of the 4th IRS in the city, the Butuanon River will be at the front and center of various rehabilitation efforts to be led local, national, and global actors. 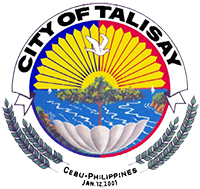