The City began as Barangay called Sawangan (now Legazpi port district) whose inhabitants were mostly fisherman and farmers. From 1587 to 1616, the spiritual administration of the town was under the Franciscan friars of the Doctrina of Cagsawa (now Darago).

Officially the Royal Decree dated September 22, 1856 gave the name Legazpi to the ancient village of Sawangan, to perpetuate the memory of the Adelantado Don Miguel Lopez de Legazpi. Don Lorenzo Hac was the first elected Gobernadorcillo. Rev. Camilo Abainza was acting Parish Priest. First a City under the Becerra Law of 1892, it was dissolved into a municipality during the American Occupation. It became a city for the second time by the virtue of Republic Act No.306 dated July 1948, which included the municipality of Daraga. On June 8, 1954, it was once more recreated as a municipality. Finally, on June 12, 1959, per Republic Act No. 2234, as amended by Republic Act No.5525, Legazpi became a city for the third time. Presidential Decree No. 125, issued in 1973, declares the municipality of Daraga as part of Legazpi City. 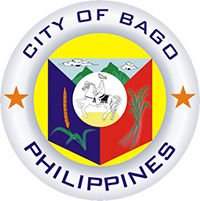