Cabanatuan, officially the City of Cabanatuan is a city in the province of Nueva Ecija, Philippines. It is the largest city in Nueva Ecija, and 5th in Central Luzon with a population of 272,676 in 2010.

The city is popular for being home to more than 30,000 tricycles. It prides itself as the "Tricycle Capital of the Philippines" and its strategic location along the Cagayan Valley Road has made the city a major economic, educational, medical, entertainment and transportation center in Nueva Ecija and nearby provinces in the region such as Aurora and Bulacan. It has earned the moniker "Gateway to the North".

Cabanatuan was founded as Barrio of Gapan in 1750 and became a Municipality and capital of La Provincia de Nueva Ecija in 1780. Cabanatuan is the site of the historical "Plaza Lucero" and the Cabanatuan Cathedral, where General Antonio Luna was ambushed on his way to Palanan. Cabanatuan lost the title of provincial capital in 1850 when the capital of Nueva Ecija was moved to San Isidro, another historic town. It was only in 1917, when the Administrative code was enacted, that Cabanatuan was restored as capital of the Province. However, in 1965, Congress created Palayan City, which has been the capital ever since.

During World War II, the occupying Japanese built Cabanatuan Prison Camp, where many American soldiers were imprisoned, some of whom had been forced to endure the infamous Bataan Death March. In January 1945, elements of the U.S. Army 6th Ranger Battalion marched 30 miles (48 km) behind enemy lines to rescue the prisoners in what became known as the Raid at Cabanatuan. As a result of the raid, on January 30, 1945, victorious Filipino guerrillas and American troops of the U.S. Army 6th Ranger Battalion celebrated having obtained the freedom of 500 American POWs. Soon thereafter, Philippine and American forces re-established the presence of military general headquarters and military camp bases of the Philippine Commonwealth Army, Philippine Constabulary 2nd Infantry Regiment, and the United States Army here in Cabanatuan from February 1945 to June 1946 during the Allied Liberation. Before long, the combined Philippine Commonwealth and American armed forces, in cooperation with local guerrilla resistance fighters and Hukbalahap Communist guerrillas, had liberated Central Luzon from Japanese Imperial forces, a campaign that lasted from January until August 1945.

Cabanatuan was the epicenter of a massive earthquake at roughly 3 p.m. on July 16, 1990. The earthquake leveled some buildings, including the Christian College of the Philippines (Liwag Colleges) in the midst of class time. At 7.7 on the Richter scale, it killed 1,653 people.

Cabanatuan became a city by virtue of Republic Act No. 526, approved on June 16, 1950. In 1998, Cabanatuan was declared by then-president Fidel V. Ramos as a highly urbanized city however it failed ratification after the majority of votes in the plebiscite was negative.

Cabanatuan was declared as highly urbanized city by President Benigno S. Aquino III under Presidential Proclamation No. 418 on July 14, 2012. A plebiscite scheduled on December 2012 was moved by the Commission on Elections to January 25, 2014 so as not to burden the poll body during its preparation for the 2013 local elections in the province. Incumbent Governor Aurelio Matias Umali, who had a strong voter base in the city, opposed the conversion and submitted a petition to the Supreme Court. The Supreme Court issued a temporary restraining order on January 24, 2014. On April 23, 2014, voting 9-5-1, the Supreme Court granted a petition for certiorari filed by Nueva Ecija Gov. Aurelio Umali and declared as null and void Comelec Minute Resolution No. 12-0797 dated September 11, 2012 and Minute Resolution No. 12-0925 dated October 16, 2012 setting a date for the conduct of a plebiscite in which only registered voters of Cabanatuan would be allowed to vote. The provincial wide plebiscite is expected to be conducted within April 24, 2014 to August 24, 2014. 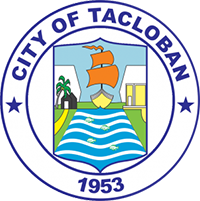