WHEREAS, the League of Cities of the Philippines (League) is a 147 member-cities that advocates for integrity, justice, and adherence to the rule of law;
WHEREAS, the Philippine National Police (PNP) personnel serves as allies of the cities in maintaining peace and order and possess a continuing good moral character, credible reputation and conduct themselves professionally at all times;
WHEREAS, the League fully support the appeal of Secretary Benjamin “Benhur” Abalos, Jr. for generals and full colonels of the PNP to submit their courtesy resignation amidst concerns over the involvement of high-ranking police officers in the illegal drug trade;
WHEREAS, the call of Secretary Benhur Abalos is necessary in upholding the principles enshrined in our Constitution, particularly the prime duty of the state, through the PNP, to serve and protect its people;
WHEREAS, the League believes that it is an opportunity to purge the PNP of a few individuals advancing their selfish interest that negatively impact the entire PNP;
WHEREAS, the League sees that this appeal is an opportunity to defend the honor and sacrifices of police officers who put their lives on the line to keep our communities safe;
NOW THEREFORE, on motion made by the LCP National Adviser and Iloilo City Mayor Jerry P. Treñas, duly seconded by LCP Treasurer and General Trias City Mayor Luis “Jonjon” Ferrer, IV and approved en masse;
RESOLVED to express support to the appeal of Secretary Benhur Abalos for PNP generals and full colonels to submit their courtesy resignation to facilitate the PNP’s internal cleansing campaign.
LET copies of this resolution be furnished to all the members of the League of Cities of the Philippines, DILG and Secretary Benjamin “Benhur” Abalos, Jr.
DONE, this 5th day of January 2023, approved via referendum notice.
CERTIFICATION
I hereby CERTIFY to the correctness and authenticity of the foregoing RESOLUTION. The same has not been amended or revoked and remains in full force and effect.
HON. BENJAMIN B. MAGALONG
Mayor, Baguio City
LCP Secretary General
Attested by:
HON. MICHAEL L. RAMA
Mayor, Cebu City
LCP National President 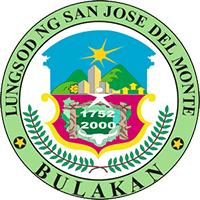