City officials from 55 cities across the country gathered at the Radisson Blu Hotel, Cebu City, to participate in the 1st Convergence of Family of Servants of the League of Cities of the Philippines last 16 to 18 August 2022.

With the theme "LCP Reimagined: Moving Forward. Unifying. Building Smarter Cities," the League brought together prominent speakers from the national government and the private sector to discuss the pressing concerns of cities. Further, it became a venue to strategize ways to strengthen public-private partnerships for cities' continued development.
LCP National President and Cebu City Mayor Mike Rama welcomed the delegates during the event. He underscored the need for cities to work together and recognized the essential role of a multi-stakeholder approach to good governance.
The LCP General Assembly, the organization's highest governing body, also convened during the three-day event to reflect on the role of the League in realizing the collective vision of sustainable, resilient, and resource-efficient Philippine cities.

Dialogues with concerned national government agencies
As local governments gear towards full devolution with Executive Order No. 138, the League organized an interactive session with selected national government agencies (NGAs).
The Department of Budget and Management Undersecretary Wilford Will L. Wong and Director John Aries S. Macaspac discussed the salient features of EO No. 138. In their presentation, they highlighted the issues surrounding the complementation of NGAs' and LGU's devolution transition plans, the selection criteria for the Growth Equity Fund, and the status of the capacity-building program for cities.
Meanwhile, Department of Social Welfare and Development Undersecretary Charles Frederick T. Co joined the dialogue via Zoom. He shared the various services that his Department will devolve to LGUs, including assistance to individuals in crises and sustainable livelihood programs.
"We duly recognize the LGUs are the ones that will directly feel and determine the needs of their constituents," said Co. "The DSWD is here to support the LGUs in this endeavor. Our fervent hope is that we remain allies working towards uplifting the quality of life of our vulnerable sectors, ensuring that no one is left behind."

Strengthening public-private partnerships
During the courtesy visit of the LCP's new officers to President Ferdinand R. Marcos, Jr., on August 4, he encouraged city mayors to "be open to the possibilities of PPP" and eventually ensure cities' efficiency through digitalization and rightsizing.
In response to the President's call, the League invited prominent figures from the private sector to share their knowledge and expertise and strategize ways to collaborate in building more sustainable, resilient, and smarter cities across the nation. Distinguished guests included Ayala Land Vice President and Senior Estates Development Head for VisMin, Ms. Jennylle S. Tupaz; WIN Corp. President, Ms. Maritess Garcia; President of the Shopping Center Management Corporation, Mr. Steven T. Tan; and the President and CEO of the Information Technology Business Solutions Corporation, Mr. John Paul M. Miranda.
In the knowledge-sharing session sponsored by the UK Foreign, Commonwealth, and Development Office (FCDO), British Deputy Ambassador Alistair White handed over the Future Cities Programme, the overseas technical development assistance of the UK to promote inclusive economic growth and increased global prosperity in 19 cities across ten (10) countries. Cebu City is among the two Philippine pilot sites of the Programme. Deputy Ambassador White emphasized the urgent need for solid collaboration to address climate change and issues in urban development.
"We look forward to continuing our collaboration, not just with Cebu City, but for the whole League of Cities of the Philippines, as we lay down the succeeding pathways for the future – the next steps of these partnerships – for a better, greener, sustainable future," said, White. 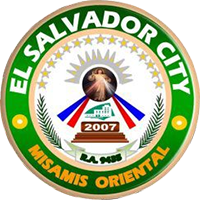