City Mayor and Albay Governor-elect Noel Rosal expressed his gratitude to local stakeholders for their continued commitment to quality education delivery for all during the second Education Sector Mechanism Workshop on 28 to 29 April 2022 held at the Marison Hotel in Legazpi City.

The activity is part of a series of workshops organized by the Cities' System Capacity Development (Ci-Cap) Project. The workshop aims to boost basic education sector planning and enhance strategies for quality service delivery by involving different local stakeholders from the City Government, the Schools Division Office, and non-government organizations.

The League spearheads the Ci-Cap Project in partnership with The Asia Foundation. This project is part of the USAID and the Department of Education's ABC+: Advancing Basic Education in the Philippines project, implemented by RTI International in Regions V, VI, and in the province of Maguindanao in BARMM. Legazpi City is one of the project's pilot cities.

Facilitated break-out sessions to tackle education-related issues on three areas: quality, access, and inclusive governance. Pictured are members of the quality group, composed of representatives from the Schools Division Office and the City Government. 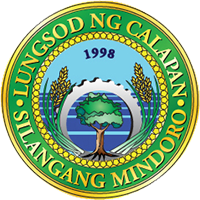