The League of Cities of the Philippines fully supports the implementation of DILG Memorandum Circular No. 2019-121, which calls for the clearing of roads from illegal structures and constructions across the country. We are geared up to take on the directive of the President Rodrigo Roa Duterte, encouraged by its long-term benefits for Filipinos.

THE MEASURE PROMOTES PUBLIC SAFETY AND PUBLIC HEALTH. The clearing of roads will remove obstructions that could help motorists to drive better and for pedestrians to find safe areas to walk on. Also, by reclaiming the walkways, pedestrians will be encouraged to walk thereby promoting mobility and a healthy lifestyle.

THE MEASURE BOOSTS ECONOMIC DEVELOPMENT. A study conducted by the Japan International Cooperation Agency estimates that the country is losing PhP3.5 billion per day due to traffic congestion in Metro Manila alone. The reclamation of existing public roads will cut to these losses.

THE MEASURE IS A STEP TOWARDS URBAN RENEWAL. Undertaking road clearing operations, putting street signages, and street lights will make our cities vibrant and more livable.

THE MEASURE SUPPORTS SUSTAINABLE DEVELOPMENT GOALS. Specifically, Goal No. 11 on Sustainable Cities and Communities wherein road safety was included as one of the targets.

THE MEMORANDUM CREATES CLEAR ACCOUNTABILITY among various levels of government wherein, it was clearly stated in the Memorandum Circular, the role of provinces, cities, municipalities, and barangays in its implementation.

THE MEMORANDUM SETS SPECIFIC TIME FRAME IN THE ATTAINMENT OF OBJECTIVES. While some local government units express concern that sixty (60) days would be short a time to deliver on the directive of President Duterte, the League finds this period to be clear and attainable.

In view of the foregoing, the Department of the Interior and Local Government can be rest assured that the League of Cities of the Philippines with its 145 members will strongly advocate for the popularization and implementation of Memorandum Circular No. 2019-121 and will work jointly with the Bureau of Local Government Supervision in following up the monthly and quarterly compliance reports of cities. 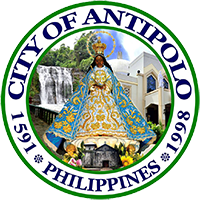