, 21 August 2019 - During the 68th National Executive Board meeting, it was unanimously agreed that the LCP will issue a formal appeal to expand the coverage of the Special Education Fund (SEF), allowing local governments to respond more effectively to the distinctive educational needs of their constituents.

Request to exempt LCEs from the Restrictive Provisions of EO No. 77

, 20 August 2019 - During the 68th General Assembly, LCP Representative for Region X and Tangub City Mayor Jennifer W. Tan presented the background and salient points of Executive Order (EO) No. 77, which prescribes the rules and regulations and rates of expenses and allowances for official local and foreign travels of government personnel

Quezon City, 10 December 2018 - The United Nations Trust Fund in Support of Actions to Eliminate Violence Against Women ('UN Trust Fund') is calling for project proposals under its 22nd grant cycle. The call looks into organizations to fund which can implement projects under the three programmatic areas of its 2015-2020 Strategy:

Quezon City, 30 August 2018 - The United Nations Economic and Social Commission for Asia and the Pacific (UN ESCAP) and the United Nations Human Settlements Programme (UN-Habitat) are inviting interested cities to become a pilot city for the project "Integrating the Sustainable Development Goals (SDGs) into local action in support of the implementation of the 2030 Agenda in Asia and the Pacific."

Quezon City, 14 August 2018 - We are pleased to forward the invitation of the United Cities and Local Governments Asia-Pacific for their 7th Congress on Innovation-driven Development for Sustainable Cities slated on 12-15 September 2018 in Surabaya, Indonesia.

Quezon City, 10 August 2018 - We are pleased to forward a copy of the Status Update on City Public Open Spaces Project sent by the Department of Budget Management

Quezon City, 10 August 2018 - Due to our concerted efforts and with the help of Senator Sherwin Gatchalian, we were able to block the passage of Senate Bill 1842 that was calendared for third reading on 6 August 2018.

Quezon City, 3 August 2018 - This refers to scheduled 3rd and final reading of Senate Bill 1842 authored by Senator Lacson which seeks to exempt municipalities and cluster of barangays with 250 Million locally-generated income from the population or land area requirements of conversion by amending Section 450 of the Local Government Code of 1991.

Quezon City, 6 July 2018 - On 23 July 2016, President Rodrigo Roa Duterte issued Executive Order No. 2 s. 2016 which operationalized the people's right to information through access to government documents within the Executive Branch.

Quezon City, 5 June 2018 - The League cordially invites its city mayors to take part in its 30th anniversary celebration at the 66th LCP General Assembly on July 27, 2018, Friday, in Metro Manila.
First  Previous Page 2 of 6 Next  Last 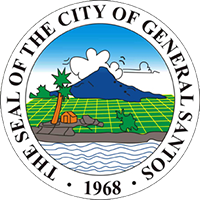