Protecting the interests of cities, the League of Cities of the Philippines (LCP) is committed to bringing local urban governance agenda at the forefront of the country’s development strategies. As the mandated organization of the Philippine cities, the LCP believes effective change in the national consciousness starts with the primary visions of the local government units.

On July 25, 1987, former President Corazon Aquino issued Executive Order No. 262 that created the League of City Mayors of the Philippines. Then Quezon City Mayor Brigido R. Simon Jr. was elected as its founding president and Lipa City Mayor Ruben L. Umali as the secretary-general.

It was also during that time when local government units – provinces, cities, municipalities, and the barangays – clamoured for genuine reforms. Local chief executives lobbied for a new Local Government Code which granted the national government to only supervise and not control the LGUs.

The change in nomenclature transformed the character of LCP from an organization of political personalities to a membership-based institution where the cities – and not their political leaders – are accountable entities.

Through the years, LCP’s services have evolved from administrative to policy, technical, and programs support.

The LCP has a national executive board, its highest policy-making body, composed of 30 voting members. It also has a secretariat jointly supervised by the president and secretary-general.

Below are the 2019-2022 Regional Representatives and Focal Mayors: 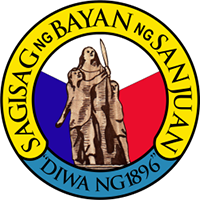